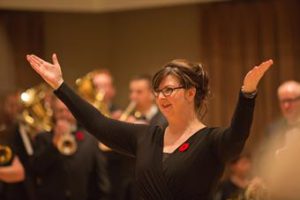 Hailing from Edmonton, Alberta, Canada, this self-proclaimed “band geek” earned her PhD in music perception and cognition, interpersonal and social dynamics within musical ensembles, and wind conducting from the University of Washington in Seattle. Her research has been presented at conferences in England, Florida, Colorado, Oregon, Washington, Illinois, and New York. She also holds a Bachelor of Education in Music Education, and Master of Music in Wind Conducting from the University of Alberta.

With over 25 years of classroom experience teaching music from kindergarten to college, Taina is known as a consummate educator. She teaches brass pedagogy, music education, and music psychology to youths and adults. Coupled with her skills and experience as a trumpet, horn, and euphonium player, Taina is sought after as a clinician and guest conductor in Canada and the United States.

As Music Director of the Cosmopolitan Music Society, Taina oversees all aspects of music performance and programming, including the creation and implementation of adult music education programs, levelled Beginner band programs, jazz bands, and small ensemble projects. She leads the research team which recently explored alternative and engaging approaches to music programming during COVID-19 pandemic, and continues her personal research into the social and cognitive nuances of ensemble music-making. Taina conducts the Monday (Advanced) and Tuesday (Intermediate) Bands, as well as special event performances including the annual memorial tribute concert Lest We Forget, and CMS Tour Band performances, most recently to Wales, Ireland, Denmark, and Sweden.

When not engaged in music, Taina enjoys good food, good wine, and a good story, especially when shared with her friends, family, and cats. 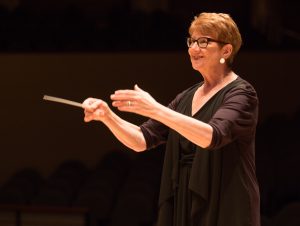 A graduate of the music education program at the University of Alberta, Rita Burns is retired from thirty-seven years of teaching junior high band musicians in Edmonton and conducting church choir musicians. Rita is in her fourteenth year conducting the Cosmopolitan Music Society Wednesday Band. It is a pleasure and a privilege for her to rehearse, create, and perform with such a dedicated group of talented adult musicians.

Throughout her career, Rita has been actively involved in the music community serving provincial arts organizations that strive to create opportunities for amateur and professional musicians. She is a past-president of Music Alberta, Sing for Life Society of Alberta, Choir Alberta, Pro Coro Canada Society, and the Alberta Band Association twice. She is currently serving on the boards of the Alberta Summer Music Workshop Association and Sing for Life Society of Alberta. 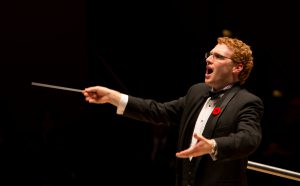 Jamie Burns currently teaches at W. P. Wagner High School. In 2005, he completed a Master of Music degree in Choral Conducting at the University of Alberta, under the supervision of Dr. Robert de Frece. Prior to graduate work, Jamie earned bachelor degrees in music and education, also at the U of A. He continues to maintain an active performance schedule as a conductor, singer, trumpeter, pianist, and jazz musician.

In addition to his work with the CMS, Jamie plays trumpet in the New Edmonton Wind Sinfonia. He is a former member of JUBILOSO! Bells of Concordia, the U of A Madrigal Singers, and the Mill Creek Colliery Band, and is a former Assistant Conductor of the U of A Mixed Chorus.

Jamie’s teaching credits also include jazz history and improvisation sessions at the U of A Summer Jazz Camp and an undergraduate aural and keyboard skills class in the U of A’s Music Department. He is in demand as a high school choral and band clinician, and has received numerous provincial and institutional awards for academics, leadership, and musicianship. 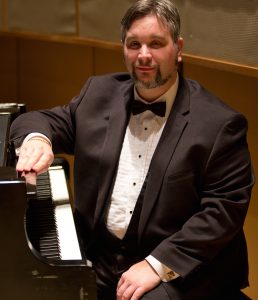 Jared Samborski brings The Cosmopolitan Music Society eighteen years of choral accompanying experience and the Associate of Music Diploma in piano performance (Western Board of Music), completed under the tutelage of Willa Meyers. Also an avid violinist, Jared carries the practical portion of Grade X Violin (Royal Conservatory of Music) from his studies with Ranald Shean.

Over the years, Jared has been a festival adjudicator, an instructor of piano, violin, viola, and theory, a vocal accompanist, a player of the glockenspiel, a marching band member, a composer, an actor, a conductor, and a director. He also accompanies the University of Alberta Mixed Chorus. 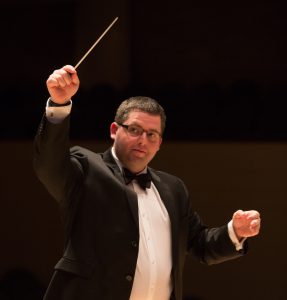 Craig Goueffic is a trombonist currently playing in the Cosmopolitan Music Society Monday Band. Craig is also employed by the Edmonton Catholic School District and is currently serving as the music director at Cardinal Leger Junior High School.

Craig graduated high school in 2005 and pursued a Bachelor of Education degree at the University of Alberta from 2005 until 2012. During his time as a student, Craig has performed in the University of Alberta Jazz Band, Concert Band, Symphonic Wind Ensemble, and Symphony Orchestra. During that time, Craig has worked under the direction of Dr. Angela Schroeder, Dr. Tom Dust, Fordyce (Duke) Pier, Malcolm Forsyth, John McPherson, Chris Taylor, Wendy Grasdahl, and Tanya Prochazka. Craig has also performed with world-renowned euphonium performer Brian Bowman as well as trumpet player Jens Lindemann.

Craig joined the Cosmopolitan Music Society conducting team in 2016 and is extremely proud and excited to conduct the Beginner Band. Craig is also in demand as a trombone clinician within the city of Edmonton. 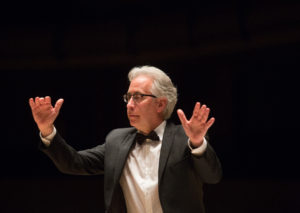 Allen Jacobson is a Trombonist, Vocalist, Composer, Arranger, and Educator who has performed throughout Canada and internationally for many years. During the course of his career he has established a reputation as an outstanding performer and educator.

Mr. Jacobson has performed in a wide variety of musical contexts including Theatrical, Symphonic, Mainstream Jazz, Contemporary Pop, Afro-Cuban, Latin Jazz, Blues, Big Band, Modern Dance, Avant Garde/Free Improvisation and numerous others and has performed at Jazz and World Music Festivals throughout Canada and in Europe, Scandinavia and Asia.

As an Educator, Mr. Jacobson has many years of experience as an adjudicator, providing workshops/seminars and in private teaching. He has provided workshops/seminars to schools, Colleges and Universities throughout Western Canada and Germany, and was a faculty member of the Performing Arts Universities of Frankfurt, Mannheim and Mainz. 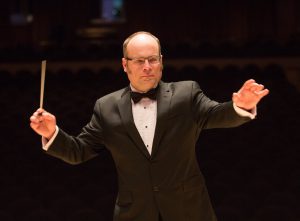 Dale Chapman is pleased to be working with the Cosmopolitan Jazz program. He currently teaches instrumental music at Archbishop MacDonald High School and the director of the Edmonton Catholic Schools Senior All City Band.